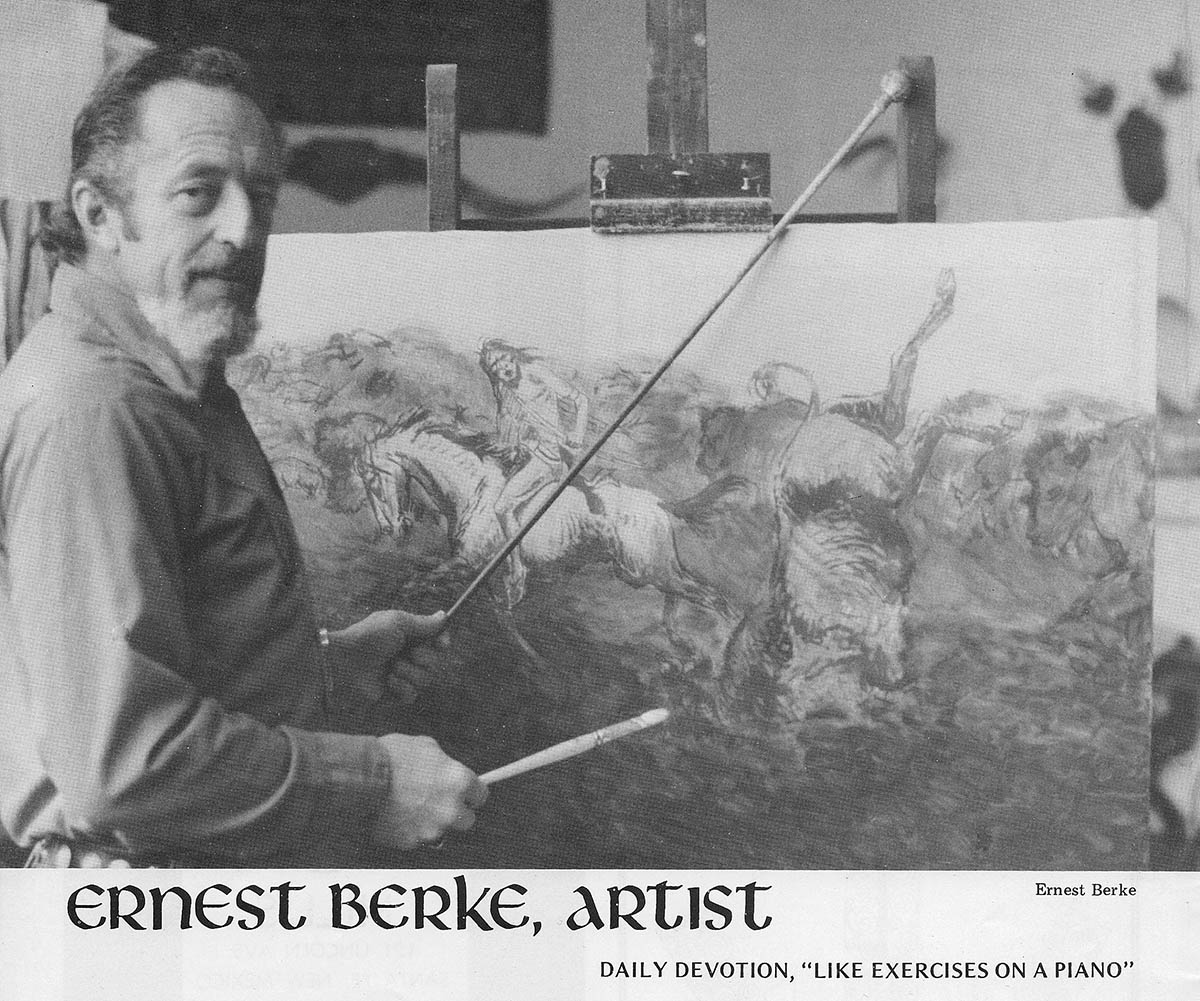 Hundreds of artilces have been written about Berke's work, such as the one seen here concerning the donation of the lifesize " Death Song" to the Crazy Horse Memorial by chairman Philip Satre of Harrahs Entertainment.

Berke is the only contemporary western artist to ever have his works shown at the prestigious Kennedy Galleries in N.Y.C.

Fans and collectors of note are Harrahs entertainment, the Mortons, the Rockefellers, George C. Scott, John Meacham, Ogden Phipps, Joe Weider, and Gregory Peck to mention but a few.

Winner of the Doubleday "Young Peoples Book of the Year award for "The Indians of North America".

Donation of the life size "Washita" to the courthouse in Cheyenne, Oklahoma.

Creator of the 100th anniversary plaque for Winchester Arms